I once wanted to put a printer inside my door. I would take the door off its hinges, hollow out the bottom*, put a small printer in the hole**, wire it up to a computer and wire the computer up to the internet.

I could then give my friends an email address for my door. I know! The internet of doors! They would be able to email my door, which would print out what it received and the note would appear on the floor, as if someone slipped it under my door. I would have liked that.

Anyway, I obviously never did that, as it’s bonkers, and don’t know anything about making holes in wood. But then BERG built a printer connected to the internet, allowing me to fulfill part of my door-printing dreams. Thanks, BERG!

So I thought it would be nice if you could could have an email address for your Little Printer. People could email it, and it would print out the note. This wasn’t possible at first, but there is now an API that lets you do direct printing, so I wrote a little bit of code to handle the redirecting of emails to the Little Printer.

Here it is printing out an important message from my sister. Thanks, sis. 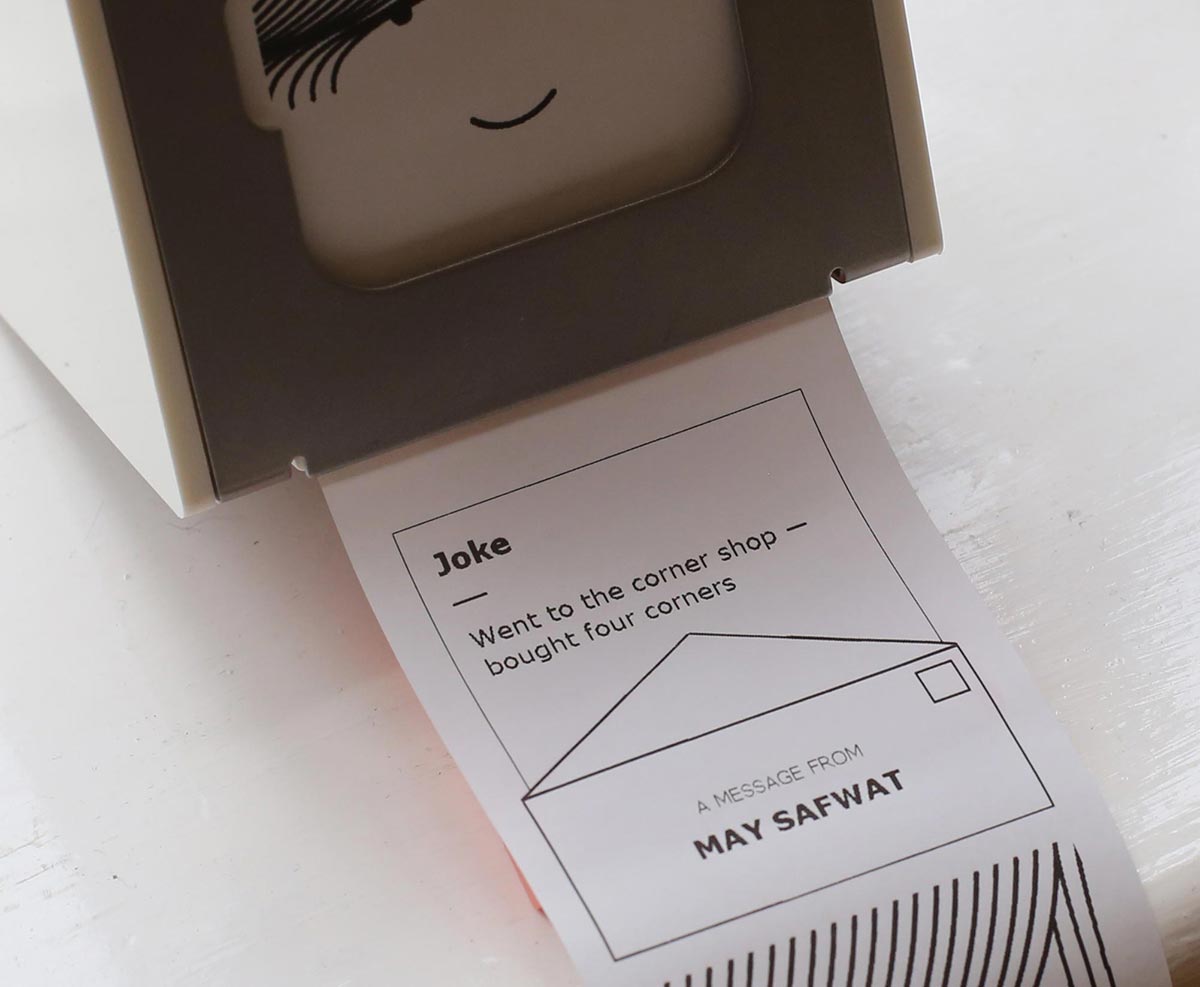 Here’s Ed with a quote for me. People like sending the printer quotes. 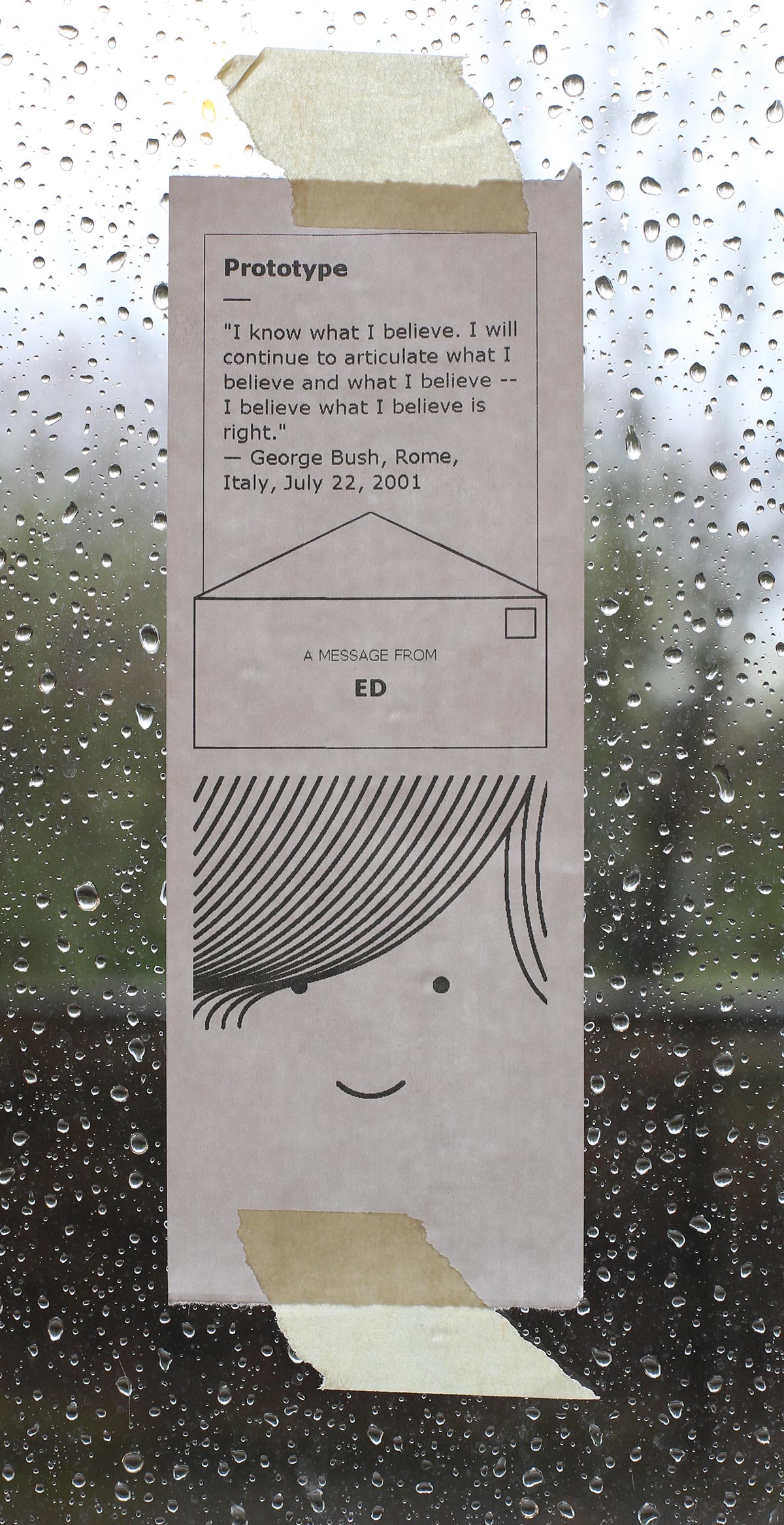 It’s also good for printing out shopping lists and suchlike. You can tear the list in two and give one half to your friend for maximum distributed shopping efficiency.

I like emailing my house things when I’m out. It’s like a lo-fi version of location based reminders. 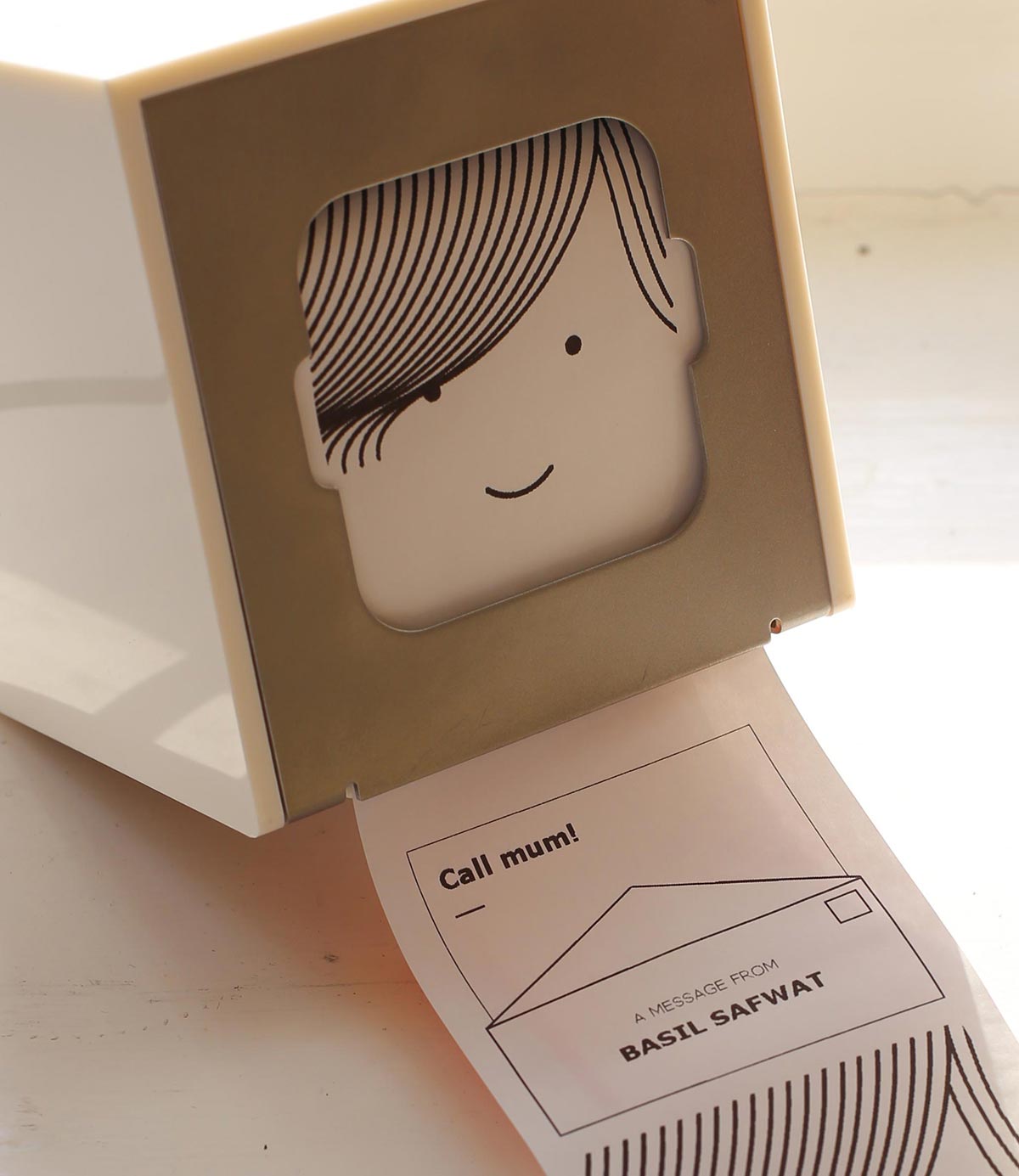 Or sending someone in the other room a message. 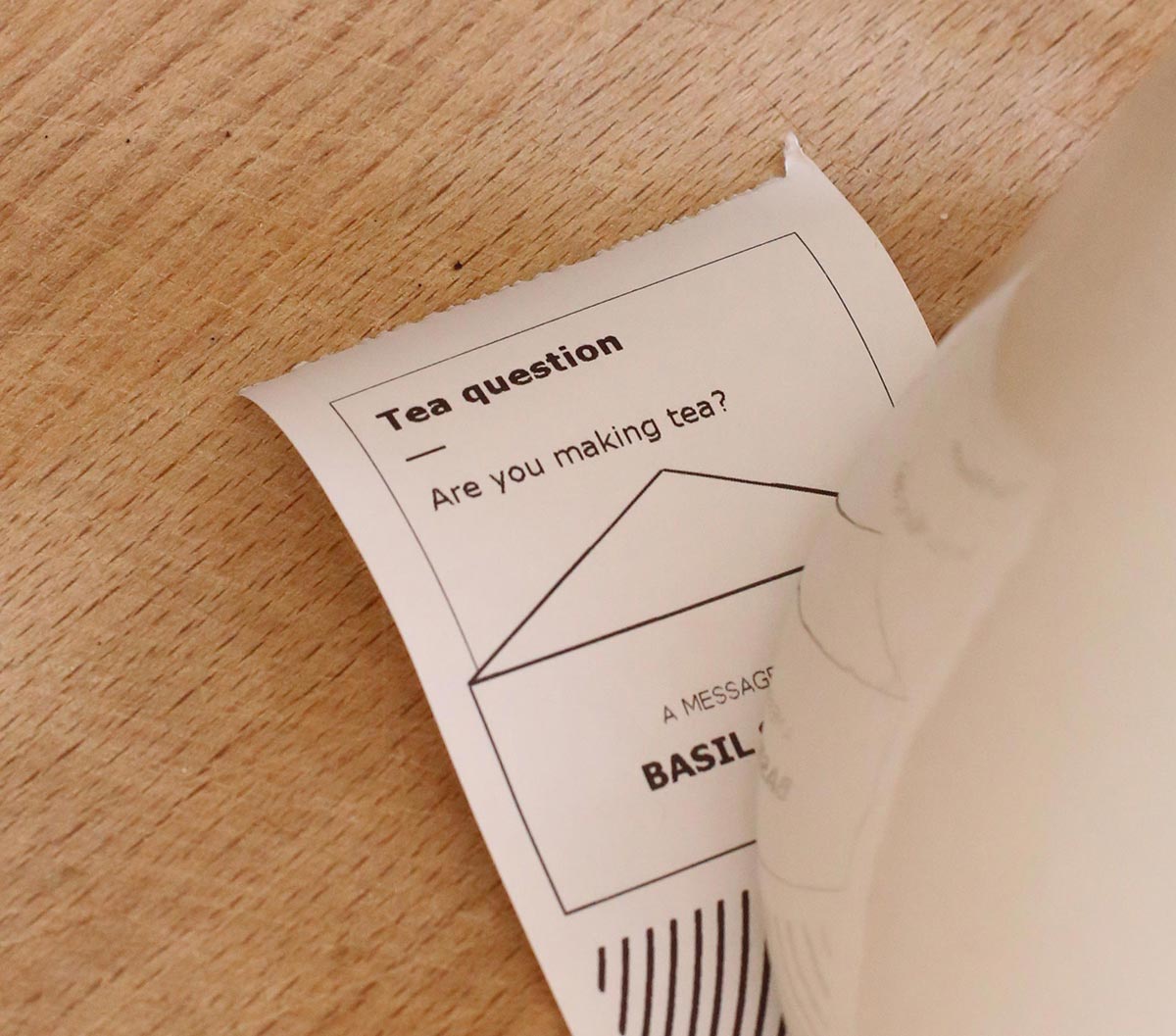 Initial research suggests you’re more likely to get a cup of tea using this method versus sending a text.

The code is online if you want to set one up for yourself. Good day!

* No idea. Maybe I would have scooped out the wood with a spoon.

** I really skimmed over some of the details in the planning stage.